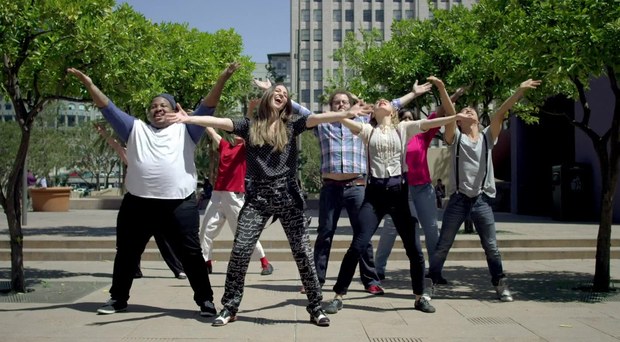 The year 2013 was a big one for Sara Bareilles—and me. She released Brave and I finished my first novel. I listened to Brave a thousand times. Every word struck my heart like a bull’s eye. Say what you want to say. And let the words fall out. Honestly. I want to see you be brave. When I printed out the last page of my book, I felt emboldened. But after the courage came the fear.

My inner gremlin said things like: I’m not good enough. My work isn’t worthy. There are already a million books in the world. What difference will mine make? I should do something more productive with my time. Maybe go to a PTA meeting? The list went on and on. As did the years.

I got and left a literary agent. My book received and lost interest from other agents and publishers. Then it sat in my laptop while I debated if I should give up and move on. One day in early 2016, years after I first heard Brave, I wondered what album it was from. To my shock and surprise, the album’s title was, The Blessed Unrest. My novel’s title is Restless in L.A. WTF?! Sara and I were both restless? We must be soul sisters! Fellow sufferers of chronic restlessness! Twins from another mother! Both of us chose three-word titles about restlessness; to me, the synchronicity was unbelievable.

It didn’t escape me that I’d listened to Brave for years. Why was I suddenly curious about the album? Why did the title seem so significant? In that moment, it felt like an unmistakable Sign, but was it? Who knows? Did it matter? I felt like it was. And I followed the feeling.

It reminded me of a scene in Restless in L.A. when the protagonist, Alexandra Hoffman, has a session with her life coach, Lark. She quizzes Lark on how to ask the Universe for guidance: “The hard part,” Lark said, polishing each word like a precious stone, “isn’t the asking. It’s having the courage to hear the answer.”

Like Alex, I asked myself: Do I have the courage to hear the answer?

I reached out and asked a former writing teacher if we could meet and discuss my novel. Over lunch, I told her all of my fears. “Restless in L.A. has a lot of sex,” I said, “A lot.” “So?” she answered. “Sex sells!” “It has a morally ambiguous ending,’ I said. “Sounds great,” she answered, “Let people struggle with it.” “The challenges I’ve faced raising a kid with severe ADHD are barely fictionalized,” I blurted out. “Fabulous,” she said. “People need to read this.” I was out of excuses.

I went home, listened to Brave ten more times, wrote an email to a small publisher to whom I’d been introduced, attached a PDF of the novel, and hit send. Restless in L.A. is coming out on February 27th from Inkspell Publishing.

In 2016, an album title reminded me that my heartfelt dream was waiting to come true. On February 27, 2017, it is. The signs were in right in front of me for years, hidden by my fears. Sara kept telling me to let the words fall out. She titled her album similarly to my novel. She encouraged me over and over again to be Brave. In 2016, I was.

Rule #1 for a Literary Reading: Try to Present Yourself as if You’re Sexy
New Year, New Mindset for 2017: Tuning in Without Freaking Out